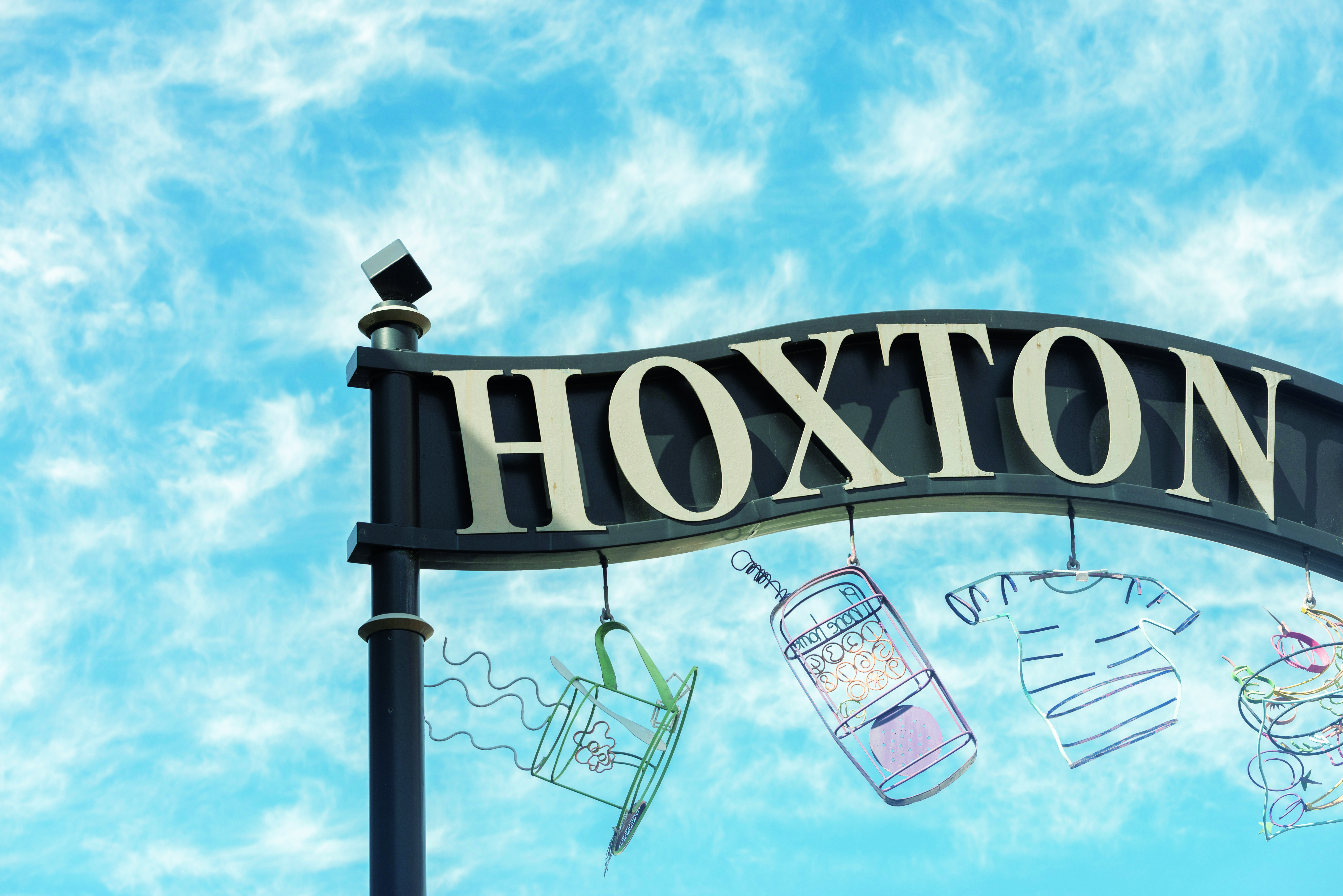 In 2020 the evolution continues in Hoxton. Under construction is a stunning new leisure centre with a six-lane pool, squash courts, tennis courts and two five-a-side pitches. It’s just part of the transformative Britannia Project, which also comprises a leading City of London Academy School, where more than 1,000 local students will study and learn, it also features a significant number of high-rise residential units. Meanwhile, the nearby Colville Estate is no longer just a place to come home to after work, it’s another prime London address where the layout has been opened up to the rest of East London. Soon it will feature a high quality home, with statement architecture, more green space, and a location from which its residents can explore the entire borough.

Hoxton is home to funky vibes, bohemian wonders and an eclectic mix of restaurants and bars, Hoxton is a prime neighbourhood in London that’s well worth your attention. Next door to Shoreditch, where you will find some of the capital’s most creative minds, so expect to be rubbing shoulders with the innovators of London. If you’re considering living in Hoxton or are thinking about calling the N1 postcode “home”, have a scroll through our suggestions for where to go in this trendy neighbourhood.

The original Grind - an espresso bar, cocktail bar and all-day restaurant with a recording studio upstairs!
What is not to like? Shoreditch Grind has sat on Old Street Roundabout since 2011 and is now a Shoreditch landmark. The all-day menu is served until 5pm, after that they move to their evening menu, with a selection of sharing plates and Grind regulars. Upstairs at Shoreditch Grind they have an international-grade studio that has been used by some of the world’s most reconcilable recording artists.
Address: 213 Old St, Old Street, London EC1V 9NR
Follow: @grind

Two of the World’s most admired and inventive restaurants live here. First up; The Clove Club opened in March 2013 in Shoreditch Town Hall, East London. The restaurant is named after the original supper club that brought our founders Daniel Willis, Isaac Mchale and Johnny Smith together in 2010. They serve modern British cooking – thoughtful, precise and elegant food in a relaxed and informal setting. The Clove Club’s interpretation of ‘modern British’ is refreshing and full of surprises, with fresh produce from all over the UK reinvented in creations that put forward natural flavours and playfully mingle with tradition.
Address: 380 Old Street, London EC1V 9LT
Follow: @thecloveclub

Second up is Lyle’s Located on the ground floor of the Tea Building in Shoreditch, This tea warehouse survived the Blitz, and now boasts a Michelin star. But there’s nothing stuffy about Lyle’s; co-founders James Lowe and John Ogier have made fine dining cooler than ever, with white-washed brick walls and ash tables. Expect strictly seasonal British fare and one of the city’s most exceptional wine lists. The short and sweet daily menu is micro-seasonal, showcasing what’s best on any given day in London and the UK; the wine list follows suit. Lunch is à la carte while dinner is a set menu.
Address: Tea Bldg, 56 Shoreditch High St, Hackney, London E1 6JJ
Follow: @lyleslondon

The oldest street market in the Borough of Hackney, Hoxton Street Market was first established way back in 1687. And it’s still going strong today with its location just behind Hoxton Square. A wander along the market is your opportunity to taste delightful street bites and shop for craft and fashion accessories from a new generation of traders who are making Hoxton Street Market one of the best in the capital.
It’s open every Sunday to Monday between 10.30am and 4pm, as well as on Saturday’s from 10am to 4pm. The Saturdays feature also a specialist fashion market that features cutting-edge designs to discover.
Address: Hoxton Street, N1 5JX
Follow: @hoxtonstmarket

Shoreditch Park is one of the borough’s largest parks at 7.1 hectares, an open space in the Hoxton area of Shoreditch in the London Borough of Hackney. It offers a wide variety of facilities including public art, and holds a Green Flag award – an award given annually to the best parks in the country. Facilities include:  Address: 188 New N Rd, Hoxton, London N1 5EP

A beautiful mural on the theme of “connectivity” which truly stands alongside the best in the world has been created in Shoreditch and it is stunning. The whole piece has been placed with permission on a building owned by a communications company and Graffoto has had the pleasure of discussing many aspects of this brilliant new mural with Lee Bofkin representing Global Street Art which managed the project. Ed Hicks, Zadok – The Mycelium network - The corner panel where King John Court meets New Inn Yard supports a vanitas painting by Busk and Mr Switch. The connection aspect here is the ammonite shell at the top which has not changed over millennia and thus provides a connection across the ages. Busk and Mr Oliver Switch - This then flows into a collection of hands in a lattice structure, the hands depict meetings, greetings, introductions, friendships, Ninth Seal and Best Ever have captured a very human form of connectivity.
Address: New Inn Yard, Hackney, London
Follow: @ed_hicks  @buskone_ @mroliverswitch

For many of London’s most dynamic creatives, Hoxton is where the heart is. Hoxton House is now taking reservations from fresh thinkers to join this pulsating neighbourhood. A selection of one, two to three-bed modern apartments, crafted for people who recognise good design. From its base in London’s celebrated East End, we can connect you to the energy, the innovation and the art that put Hoxton on any global map of hip hangouts. 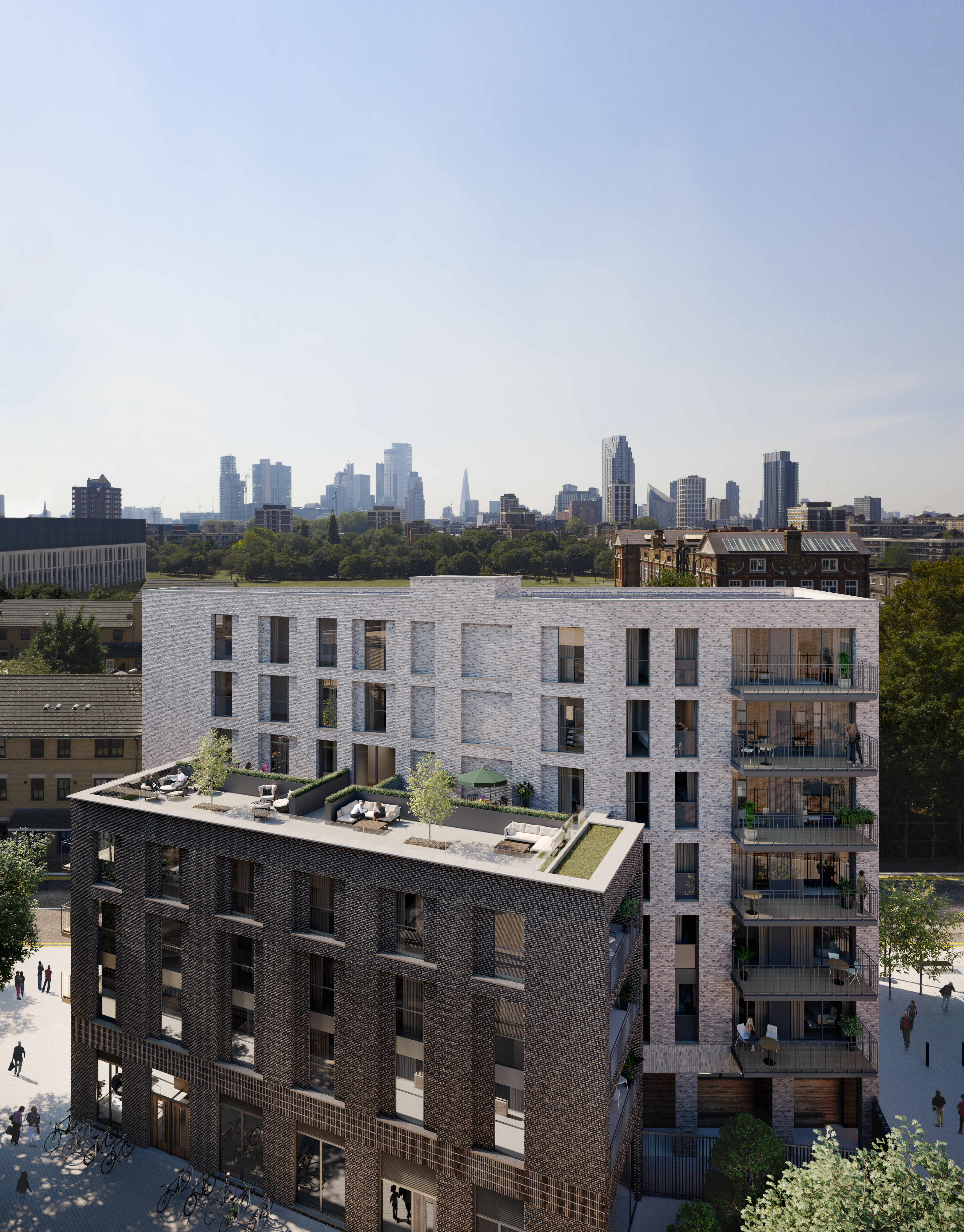