The location of our York Road development takes full advantage of the up-and-coming Battersea regeneration, but it’s not just views of the city that’s appealing. So, what exactly is happening down by the river?

We’ll start with the biggest and most iconic landmark - Battersea Power Station. The surrounding area and Nine Elms are undergoing huge regeneration and the Power Station isn’t far behind. An international consortium led by Malaysian-based property development and investment businesses, S P Setia Berhad, Sime Darby and Employees Provident Fund, began developing the historic site back in 2013. The first phase, Circus West Village - developed apartments housing more than 1,000 people, as well as shops, cafes and restaurants - opening in the spring of 2017. 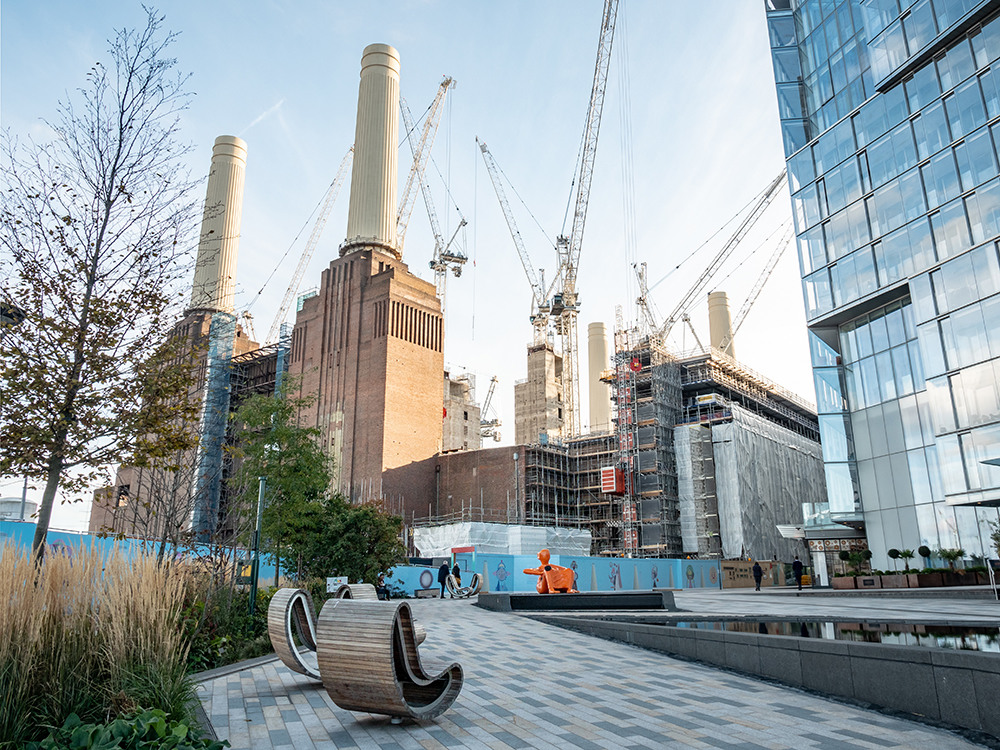 The second phase includes the opening of Battersea Power Station itself and the Northern Line extension (both expected to be ready by mid-2021). The two new stops on the tube, Nine Elms and Battersea Power Station, will include a new high street behind the station. Known as Electric Boulevard, shops, cafes, restaurants and around 539 new homes designed by Foster + Posters and renowned architect Frank Gehry, will appear.

Comprising three floors of shops, bars and restaurants, the revamped power station will also boast a boutique cinema and a 1,500-capacity event space. With 450 metres of riverside frontage along with a six-acre power station park beside the Thames, you really get a sense of the scale as you stand right beside it.

Phase 2 will also include 235 apartments, including luxury penthouses at the top of the power station (which have most been sold off-plan). This phase is anticipated to be completed later this year and has already received a take-up of around 90% so far.

Of course, the brand new Zone 1 Tube station will provide excellent connectivity to the rest of London with Waterloo being only 7 minutes away, London Bridge 10 minutes, Bank 12 minutes and King’s Cross 20 minutes.

The piazza and fully realised Electric Boulevard surrounding the area is expected to be finished by mid-2021. An average price of £1,700 sq ft, it’s achieved a take up rate of around 70%. To give these phases an extra boost, units in Circus West Village have seen their value rise sharply, up by 36% in the two or so years since residents started moving in. Similarly the rental yields have been hovering around the 4-5% mark, compared to 2.5% seen in Prime Central London properties.

As we see the previously dormant industrial powerhouse brought back to life, there’s a chance to get in on the action with York Road situated round the corner from all the buzz.

Enquire today and for more information, follow this link:
https://www.fraser.uk.com/properties/13278667/sales?utm_campaign=fraser.marketing-fraser.uk.com&utm_medium=organic&utm_source=landing.page&utm_content=body_text_link&utm_term=blogpost