Have you been passed Marble Arch recently and seen a massive structure being built?

Work is underway on the big artificial hill which will provide a lofty platform with views across Hyde Park and the West End.

The last thing that Londoners were expecting as a legacy of lockdown was a 25m-high temporary mound at one end of Oxford Street. The putative mound was the most visually arresting/bonkers element of a £150 million development initiative by Westminster Council to inject new life into Oxford Street and Marble Arch, and attract visitors and tourists back into the West End. 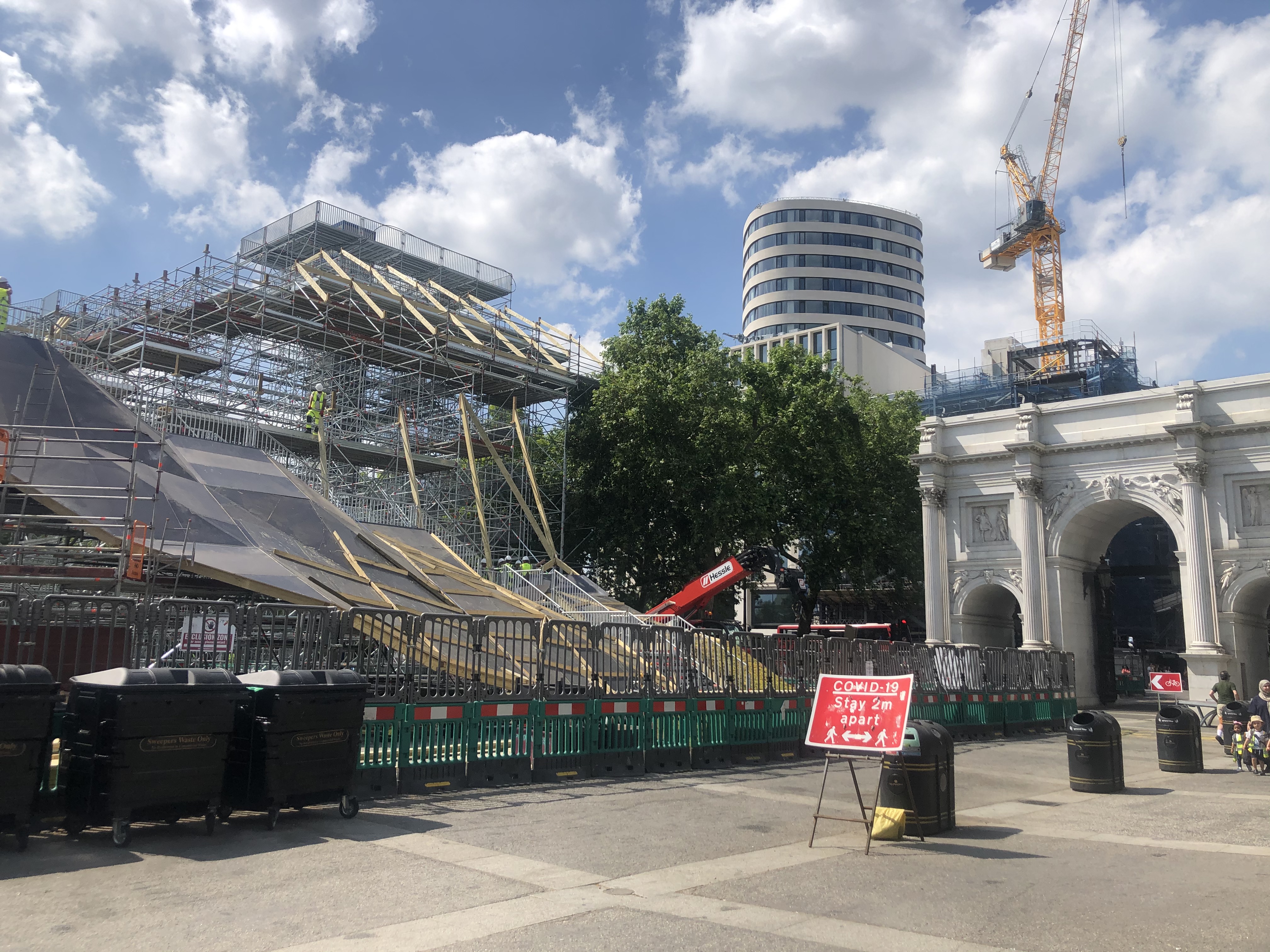 Designed by Dutch architecture group MVRDV, and costing a whopping £900,000 to create. It will be built on a scaffolding base, with layers of soil and plywood forming the mound. A hollowed-out mountain based in the centre, will be a space for exhibitions and displays. Its viewing platform will offer views across Hyde Park, Marylebone and Oxford Street, with a path winding to the top among mature trees and plants.

MVRDV’s proposal for this installation takes inspiration from the history of the site. Marble Arch once marked the corner of Hyde Park, but in the 1960s new roads were added that turned the arch into a traffic island, disconnected from the rest of the park. MVRDV’s design introduces a park-like landscape of grass and trees, and ‘lifts’ this recreated corner of Hyde Park to create a spectacular 25-metre-tall viewpoint.

Organisers hope that the hill will attract 200,000 ticket holders, “with millions expected to pass through the area to take a glimpse of the attraction". 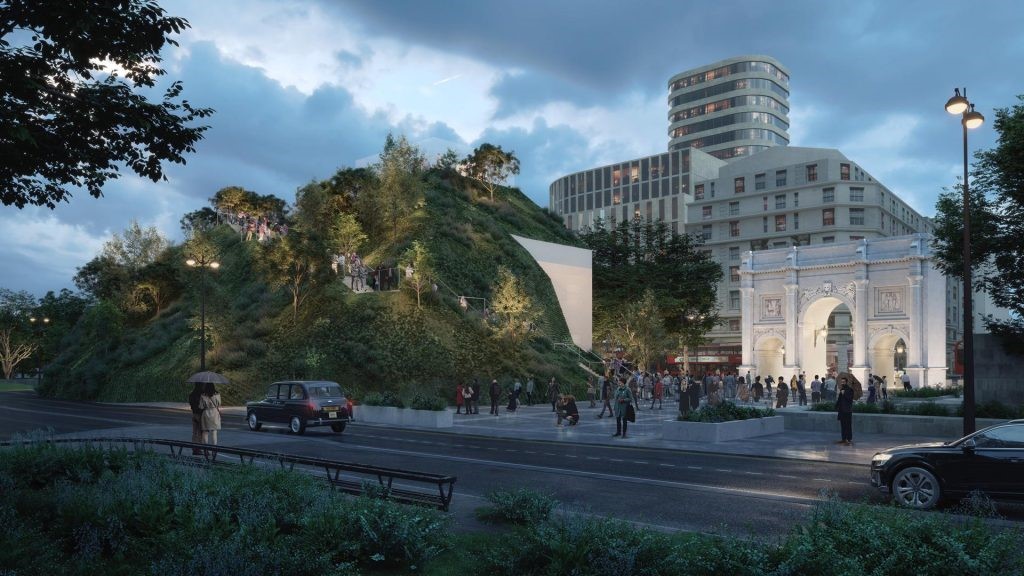