Kew was originally a district of rural market gardens known as the ‘bread basket of London’ and in the 18th century it became popular as a summer destination for Britain's kings and queens. The famous Kew Gardens began as a small 'physic garden' in 1759 and went on to develop as a place where gardeners could experiment with plants and landscaping.

Just across the river, to the north, is Brentford: another popular area, but one where the cost of renting or buying a property is considerably lower than Kew. Work is currently taking place to improve Brentford’s high street and open up the waterfront along the river Brent.

With the Old Deer Park and Richmond Park virtually on the doorstep, Kew abounds in green, open spaces where residents can relax and exercise. There’s a charge to enter Kew Gardens but many locals buy a low-cost annual membership, which provides unlimited access for two adults and up to two children. Culture vultures will enjoy visiting Syon House, Gunnersbury Park, Chiswick House and Boston Manor.

There’s a real village atmosphere in the small triangle of streets outside Kew Gardens tube station. Visit this area on the first Sunday of the month to shop at Kew Village Market, where you can buy artisan foods, fresh meat and vegetables, together with local craft items. For a more mainstream shopping experience, Westfield mall and Kensington’s chic designer boutiques are just a few miles away, to the east.

There are some superb restaurants in Kew, including The Glasshouse, Antony Worrall-Thompson’s Kew Grill and Linnea, which serves dishes with a Scandinavian twist. Brentford has a number of good, reasonably priced eateries, including gastro pubs such as The Northumberland Arms and Lord Nelson, offering great food and atmosphere.

You can reach Waterloo in around 30 minutes from Kew Bridge Station (Zone 3) or take the District Line from Gunnersbury to reach Victoria in less than half an hour. If you are travelling by car, the M4 provides rapid access to the M25 together with easy access to the far south west. There’s also a direct route into London via the A4.

Buses include the 237 to White City, 267 to Hammersmith and night bus N9 which travels between Covent Garden and Brentford. 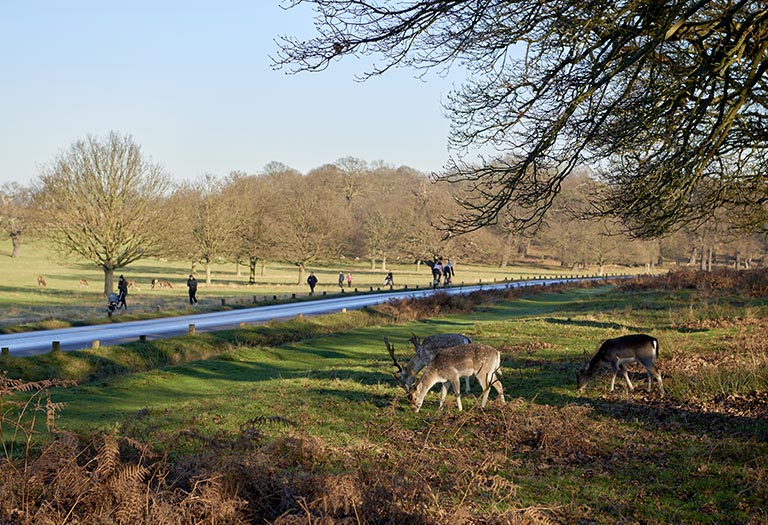 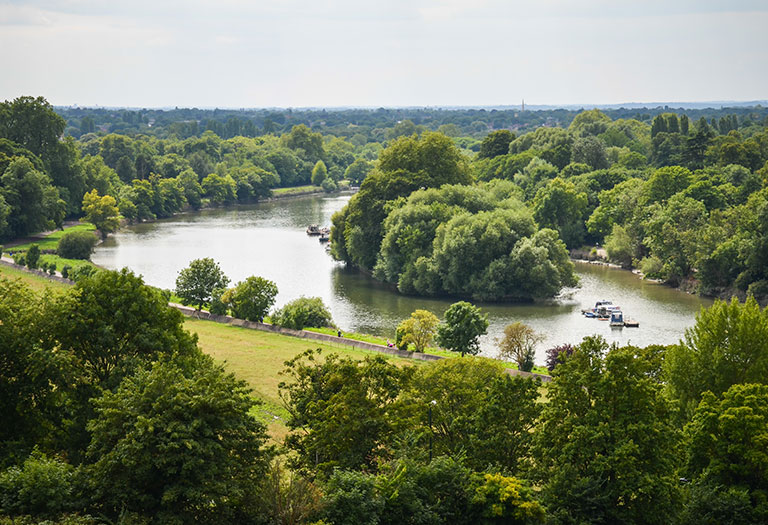 North of the river state run primaries include The Strand on the Green School and Grove Park Primary, two schools rated ‘Outstanding’ by Ofsted: south of the river you’ll find fewer state funded schools, but there are several fee-paying primaries, including the Unicorn School and Kew Green Preparatory. Of the state-run schools in Kew and Richmond, Broomfield House has been rated ‘Outstanding’, while Kew Riverside Primary and Queen’s C of E Primary are both rated ‘Good’.

Although there are no secondary schools in Kew itself, schools in the wider area include the fee-paying Kew House (rated ‘Good’) and the state run Brentford School for Girls (no Ofsted report available).The independent, fee-paying International School in Gunnersbury Park takes children from 3 – 18 years and is rated ‘Good’.

This is a fantastic area for families, or singles who enjoy lazy days by the river. With great travel links and access to green open spaces, you can enjoy London living with a distinctly rural feel.

Whether you’re looking for a buy to let in Brentford, or a family house for sale in Kew, Fraser & Co can help. Our award-winning service provides the guidance and information you need to make the right property choices.