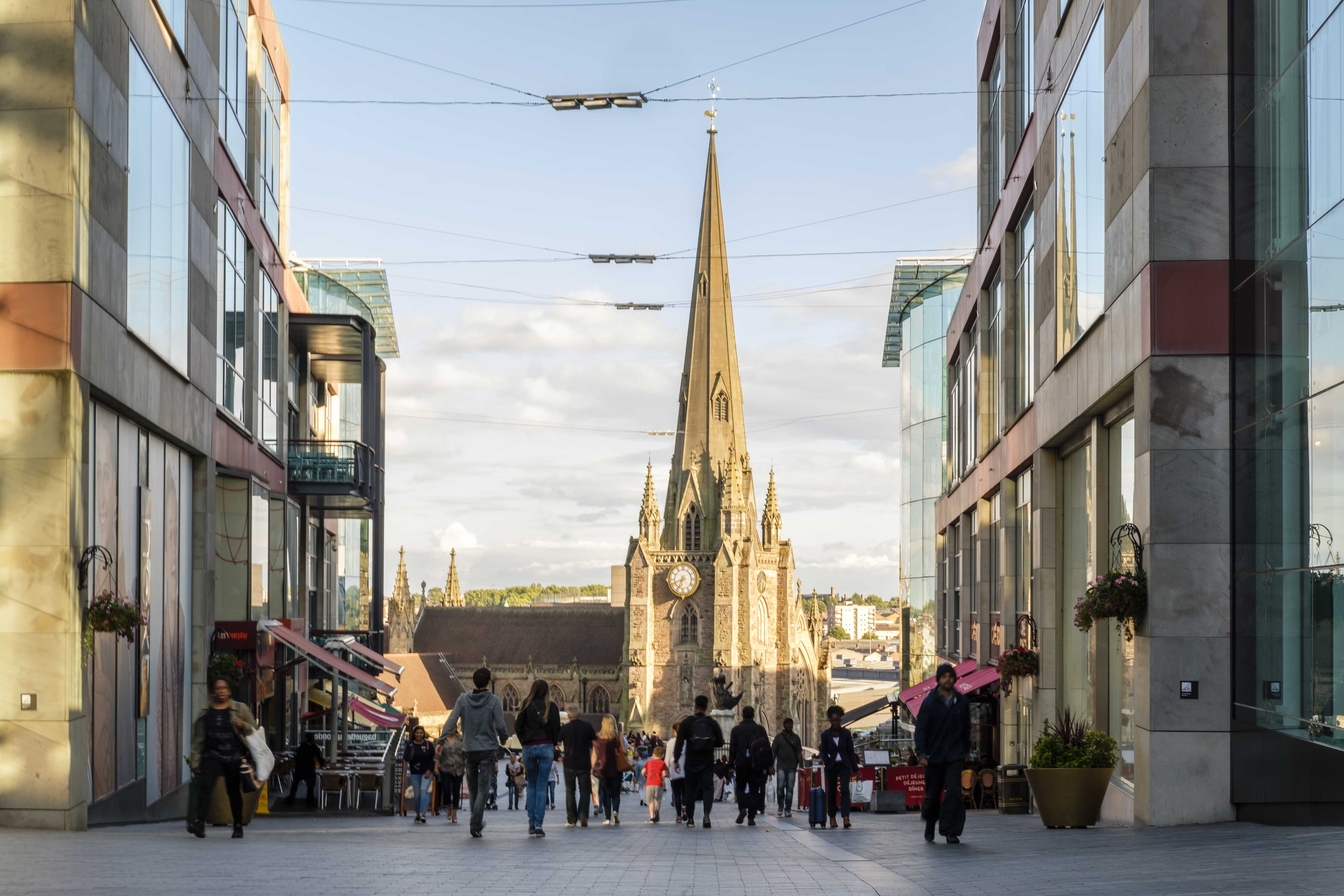 With an area of 80 square miles and a population of over one million people, Birmingham is England's second city and one of the largest cities in Europe. Significant investment in recent years have transformed the cityscape into a blossoming major business and tourist location.

The redeveloped Bullring shopping centre coupled with the award-winning Water's Edge development at Brindle place, the Mailbox and Millennium Point and now hosting the Paralympic games in 2022 have conspired to create a vibrant, modern and dynamic City Centre that gives London a run for its money.

Shopping: Being the second largest city in the country, you can expect to find a thriving shopping sector. And Birmingham doesn't disappoint. The new Bullring shopping centre which replaced its 1960s predecessor, houses all the familiar high street stores that you would expect to find in any city. But its biggest coup is that fact that almost half of the building is dedicated to Selfridges.

Bars: Birmingham has one of the liveliest club scenes in the country as well as bars, music venues and restaurants, including over 50 different restaurants within the famous 'Balti Triangle' alone. Elsewhere, The Mailbox area is home to a growing number of quality restaurants with a wider selection of reasonably-priced eateries and café bars concentrated around the Chinese Quarter – conveniently located within walking distance to New Street station.

Pubs: Broad Street and the Convention Centre locale offer the best choice for both the usual weekend drinkers and delegates enjoying some wind-down time after a long conference. And once the lights go out in the pubs, the clubs come to the fore.

Arts: Birmingham Royal Ballet is based at the Hippodrome, whilst Symphony Hall is the home of the City of Birmingham Symphony Orchestra. There are numerous theatres and galleries including Birmingham Museum and Art Gallery, with its collection of Pre-Raphaelite works. The Waterhall Gallery of Modern Art is Birmingham 's newest venue for contemporary art, with the stylish Ikon Gallery displaying the best of international and British art.

Sports: The city is home to two football teams – Birmingham City and Aston Villa – and Test and County cricket is played at Edgbaston. The National Indoor Arena hosts many national sporting events and there are a number of health and fitness clubs, including David Lloyd, Banatyne, and Fitness First. Ten-pin bowling, golf, go-karting, ice-skating, squash, tennis and swimming are all on offer.

There are eight local rail lines that cover the city to ensure quick links to all attractions and venues. Midland Metro is the latest addition, with the state of the art, light rail system whisking passengers between Snow Hill station and Wolverhampton. The metro network is also extending its current route beyond Snow Hill Station into the city centre where it will continue to Birmingham New Street Station, with additional stops at Bull Street and Corporation Street.

Birmingham City Centre hosts a range of educational facilities for students, mainly focused around those in further education. The South and City College, Digbeth campus, provides courses on Business, ICT, Media and Music amongst a range of others. Just two minutes from Moor Street station and the Bullring, the Matthew Boulton campus is an impressive eight storey building in the heart of Birmingham’s Learning Quarter.