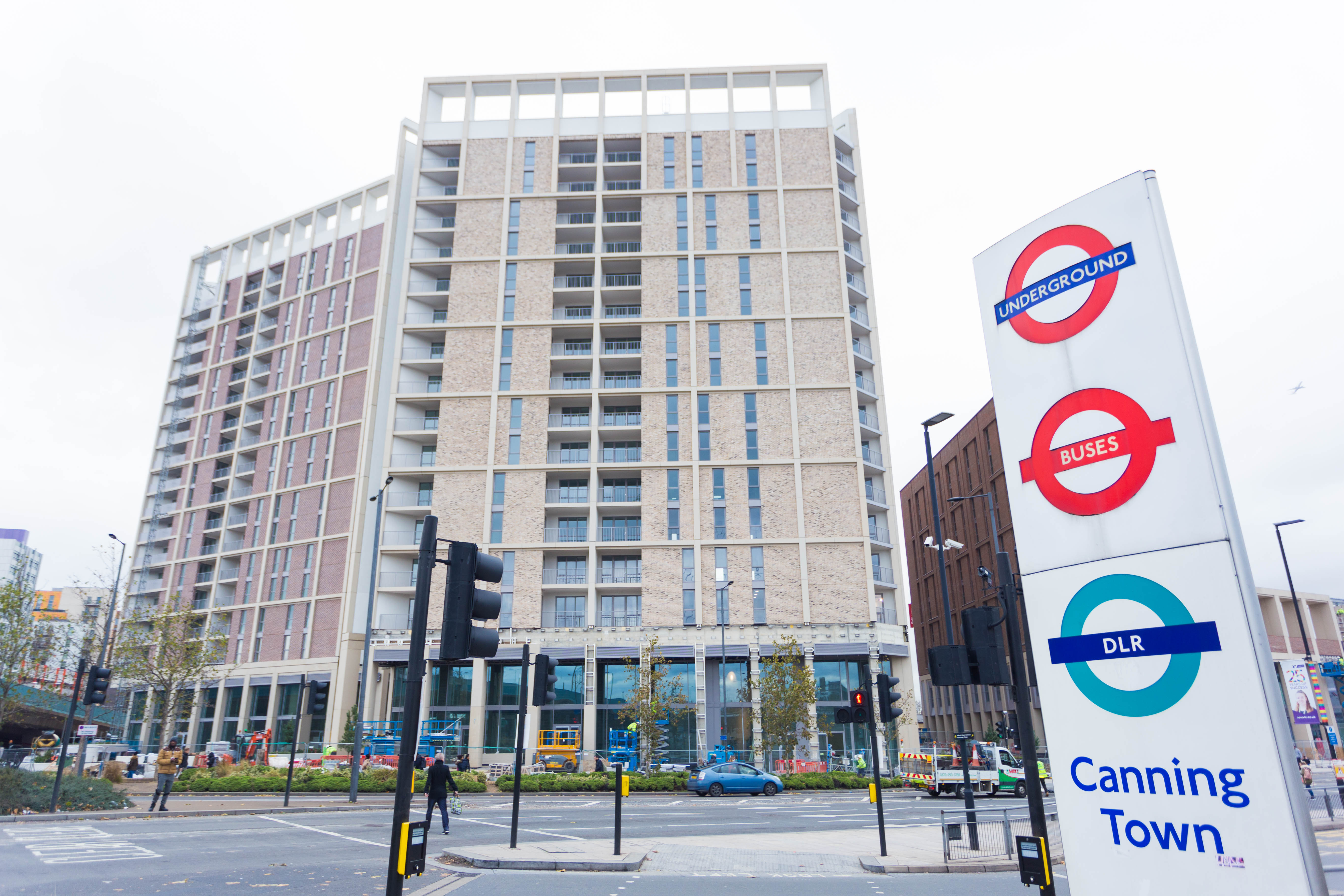 Canning Town once had a strong industrial heritage, despite the area being originally marshland. Due to this, for many centuries the only way to access Canning Town was by boat or by paying to use a toll bridge.

Canning Town didn't gain its name until the Victorian period during Queen Victoria's reign and it is thought the town was named after Charles Canning, a relatively famous man at the time due to successfully managing the Indian Mutiny in his role as Viceroy of India.

In 1846, the North London train line brought higher levels of industrialisation to this part of the East End, and the opening of the Barking Road passenger station and an increase in housing construction saw a rise in workers to the area's chemical, shipbuilding and sugar refining factories. A local football team was started in the local ironworks and went onto become the famous West Ham FC. By 1855, the area also had a new dock, the Royal Victoria Dock which is also now very well known among Londoners and local residents.

Canning Town isn’t well known for its shopping and local amenities, but the Westfield shopping centre in Stratford is only a few stops away on the Jubilee line and offers everything you would need under one roof for a day of retail therapy. The iconic Greenwich market is a reasonable distance away too if you're looking for a more unique shopping experience. For shopping in Canning Town itself is the recent arrival of the East End bakery, Percy Ingle, and if you venture along Barking Road high street you will find an array of Russian, Asian and British supermarkets.

When you venture into Canning Town for a bite to eat, there is something to suit everyone. For a truly American experience you can visit Fatboy's Diner at Trinity Buoy, BJ's pie and mash shop for that traditional British cuisine. If you also fancy Italian you can venture down to Silvertown Way and head to Pepenero, China Palace for delicious Dim Sum or for a little bit of everything on the menu, you can grab tapas at Tapa Tapa in ExCel.

Canning Town is home to a recreation ground in Prince Regent Lane which has a cycle speedway and an Outdoors in the City facility equipped with a climbing wall, abseiling, archery and bushcraft. There is also a small adjoining wood, Ashburton Wood, which was created following the demolition of a school in 1984. In summer there is also a beach at the western end of Royal Victoria Dock overlooking WakeUp Docklands, and the town also has an award-winning park in Sivertown overlooking the Thames Barrier.

1. Hallsville Primary School is a community school for mixed gender pupils aged 3 – 11. 28 different ethnic groups make up the school's population. The school serves as a community to surrounding areas and has achieved several national and local awards.

3. Brampton Manor became an academy-converter in 2011. The purpose-built sixth form has pupils aged 11-18 and can accommodate up to 400 students. The academy exceeds the government's 2011 floor standard, which sets the minimum expectations for student’s attainment.

4. St Bonaventure RC School is a larger than average Catholic comprehensive school for boys aged 11 – 19. The school predominantly recruits students from the north-east London area and has approximately 1,303 students, 361 of which attend the sixth form. The school has also held a specialist status for technology since 1994 and has achieved the Healthy School award.

Canning Town has benefitted greatly from improved transport links following the introduction of the Docklands Light Railway (DLR) and the Jubilee Line, making it an attractive place to live for young professionals seeking an easy commute into Central London.

Canning Town is located in the London Borough of Newham within the E16 postal district. It is in the Poplar and Canning Town parliamentary constituency.